Umaro Foods is not only producing delicious, plant-based bacon. They’re revolutionizing the plant-based food industry by developing the most sustainable protein source on the planet: seaweed. Featured in news outlets such as The San Francisco Chronicle, VegOut News, and Smithsonian Magazine (which featured seaweed as the potential “next big alternative to meat”), Umaro Foods is winning fans among vegans and meat-eaters alike. But this company wouldn’t be possible without the mission-driven entrepreneurs who made it happen.

Amanda Stiles and Beth Zotter are the entrepreneurs who introduced Umaro Foods to the world on Shark Tank, securing a $1 million investment. They impressed the world with their passion for reducing animal cruelty and the carbon burden of the meat industry, but it wasn’t always clear to them that entrepreneurship was how they would practice these values.

“I have always been motivated to work in a career that I believe will have a positive impact on the world,” said Beth, who has a background in renewable energy. “When I was in grad school, the idea of making an impact through business was not a popular one among my peers, but it was an idea that materialized slowly as I kept working in the world of startups.”

For Amanda, reducing the factory farming of animals was a mission that led her to become a plant biochemist. “I knew that there are a number of important problems in the world to solve, and I had to pick one, so I picked one that was close to my heart,” she said, adding that although she hadn’t expected to be building a new company, she felt lucky that Beth invited her to join in on the adventure.

After working in academia, Amanda decided to move to industry to implement the solutions she had been researching. “Once I was part of the startup world, I was hooked,” she said. “I didn’t expect to become a cofounder, but when the opportunity presented itself, it seemed like a great way to make an even bigger impact.”

The leap to entrepreneurship didn’t come without its challenges. As Amanda described, being an entrepreneur often means making quick decisions based on limited information, and this type of fast-paced environment can be as intimidating as it is exciting. “If you want to make fast progress, you must move quickly, and that is a big difference from the more considered and exacting world of academia.”

Despite the challenges, adapting to a different work environment helped them become the successful entrepreneurs they are today. “I may have surprised a lot of people by starting my own company,” said Beth, “but when I did, I felt like I had been preparing for a long time.”

The young company’s commitment to innovation has driven their remarkable success. .  Scientific literature has chewed over developing seaweed as a viable protein source for decades. Umaro is actually doing it. And not only are they doing it — they’ve created a flavor that is unlike anything on the market today.

“Bacon turned out to be a great fit with the ingredients we are creating – our seaweed protein powder and the seaweed hydrocolloids (or gels). The protein is a red color, umami flavored, and the seaweed gels help to encapsulate the high level of fat that real bacon contains. Our unique ingredients allow us to make a plant-based bacon that is delicious and hard to differentiate from the real thing.”

Their bacon is available in select restaurants in San Francisco, Nashville, New York, and Denver. To find out where you can try Umaro Foods near you, visit their website and follow them on Instagram (@umarofoods) 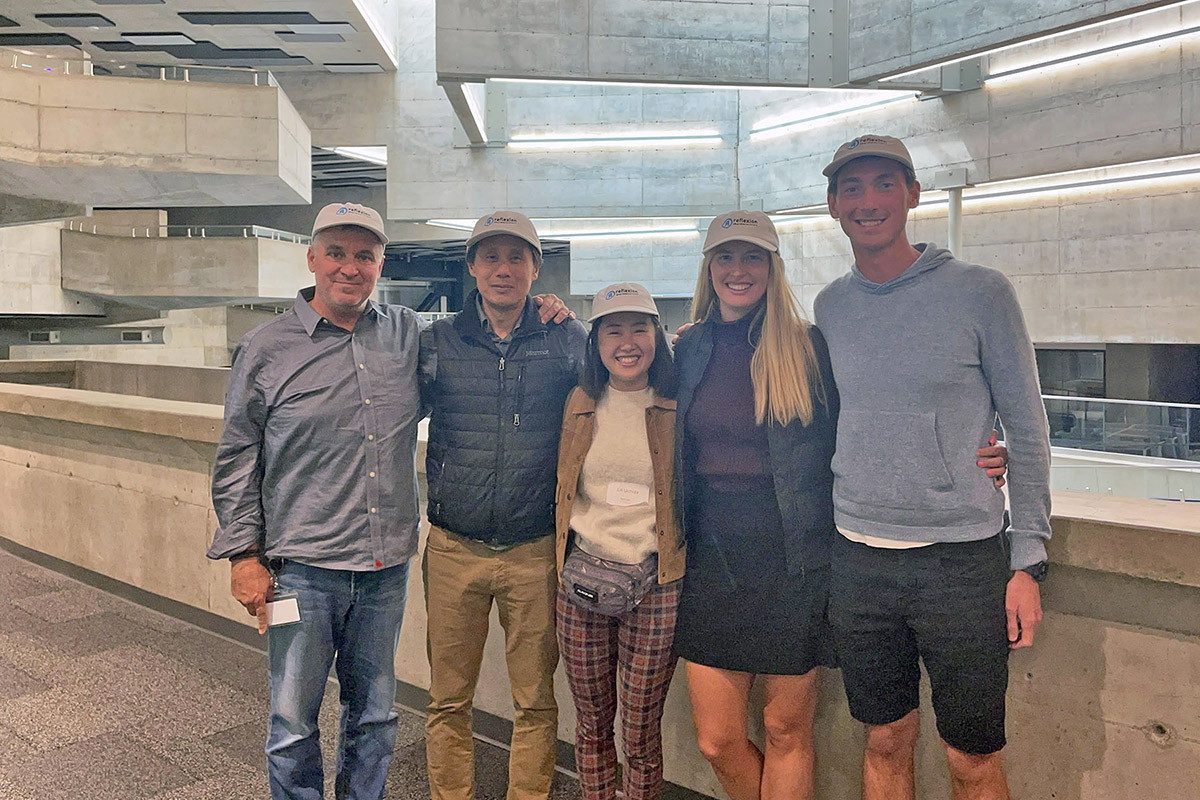